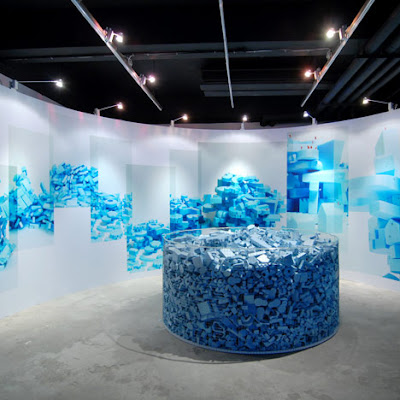 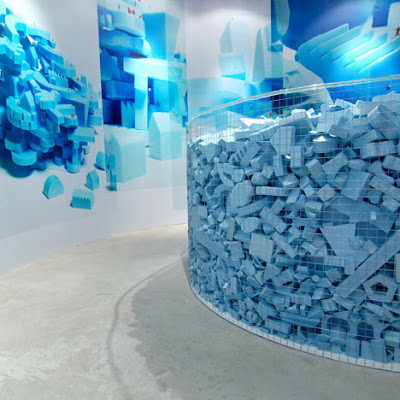 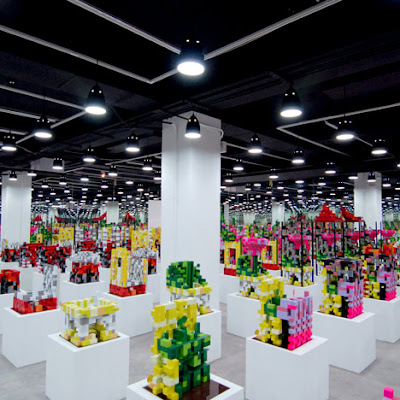 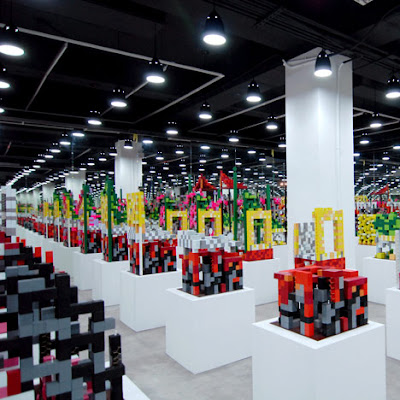 The concept was developed in collaboration with The Why Factory, a global think tank and research institute run by MVRDV and the Delft University of Technology. 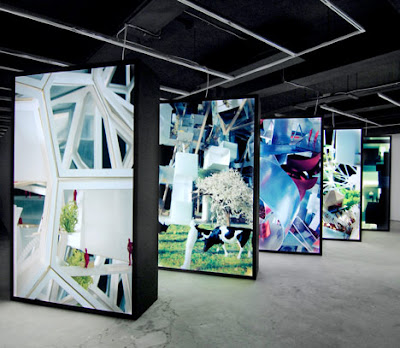 Vertical Village is on show at the Chung Shan Creative Hub, Taipei from 8 October 2011 to 8 January 2012.


Details from MVRDV:
Today MVRDV, The Why Factory and the JUT Foundation for Arts and Architecture opened the fourth edition of the exhibition series “Museum of Tomorrow” in Taipei. Under the title “The Vertical Village” the exhibition explores the rapid urban transformation in East Asia, the qualities of urban villages and the potential to realize this in a much denser, vertical way as a radical alternative to the identical block architecture with standard apartments and its consequences for the city. The exhibition consists of analytical research, a grid of models, various movies, a documentary and animations, two software packages and a 6 meter tall installation of a possible Vertical Village developed by MVRDV and The Why Factory. Visitors can design their ideal house and compose their own Vertical Village with parametric software. The exhibition is located in Chung Shan Creative Hub, Taipei and open from 8th of October to 8th of January 2012.
The pressure on the East Asian cities has lead to an increasing urbanization and densification during the last decades. It has made way for the construction of giant buildings, mostly towers, blocks and slabs. A ‘Block Attack’ that gradually replaces and scrapes away the more traditional low rise, small scale, often ‘lighter’ types of architecture and urbanism: the Hutong in Beijing, the small wooden houses in Tokyo, the villages in Singapore, the individual houses in Taipei and other East Asian cities. These urban villages form mostly intense and socially highly connected communities, with enormous individual identities and differentiations. One can speak of urban ecologies, communities that have evolved over the course of centuries. Their faceless replacements packed with identical apartment units offer a Western standard of living at an affordable price, but at the expense of differentiation, flexibility and individual expression. 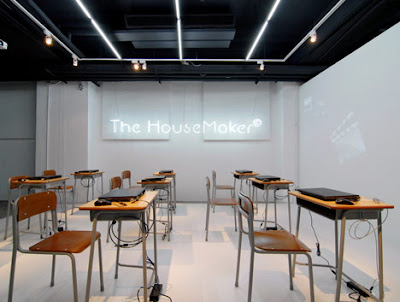 Is there an alternative to this process? Can one imagine a new model for the development of East Asian cities? Can these areas be densified in such a way that the qualities of the traditional village are preserved? The exhibition offers an alternative, a contemporary Vertical Village – a three-dimensional community that brings personal freedom, diversity, flexibility and neighbourhood life back into East Asian – and maybe even Western – cities.
In the fourth edition of the Museum of Tomorrow, MVRDV and The Why Factory analyse, explore and deepen this vision, with the help of the Berlage Institute and many other contributors. The exhibition located in Chung Shan Creative Hub, Taipei, features a 6 meter tall installation and a variety of analytical models and research elements. Visitors will be able to design their ideal house with an interactive platform, “The House Maker”, and develop their Vertical Village with parametric software – a Grasshopper scripted Rhinoceros model, developed by MVRDV and The Why Factory.
JUT Foundation for Arts and Architecture publishes the Chinese edition of ‘the Vertical Village catalogue. NAi Publishers is publisher of the English language version which will be published January 16th 2012. The 528 page volume contains the ample research made comprehensible with countless colour illustrations. It features detailed case studies for Tokyo, Beijing, Shanghai, Taipei, Djakarta, Seoul and Bangkok, interviews with among others Winy Maas, Alfredo Brillemburg and Hubert Klumpner, Lieven De Cauter, Peter Trummer and families living in Taipei. 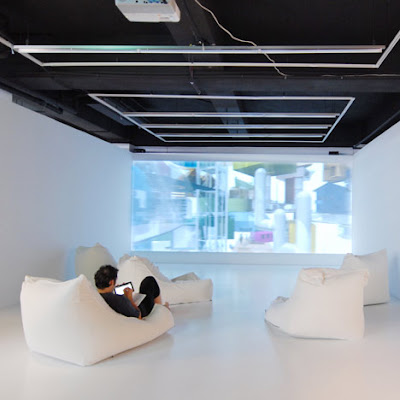 The exhibition and publication has been made possible with the generous support of JUT Foundation for Arts and Architecture, Delft University of Technology, The Why Foundation and the Netherlands Architecture Funds.
MVRDV develops its work in a conceptual way, the changing condition is visualised and discussed through designs, sometimes literally through the design and construction of a diagram. The office continues to pursue its fascination and methodical research on density using a method of shaping space through complex amounts of data that accompany contemporary building and design processes.
MVRDV first published a cross section of these study results in FARMAX (1998), followed by a.o. MetaCity/Datatown (1999), Costa Iberica (2000), Regionmaker (2002), 5 Minutes City (2003), KM3 (2005), and more recently Spacefighter (2007) and Skycar City (2007). MVRDV deals with global ecological issues in large scale studies such as Pig City as well as in small pragmatic solutions for devastated areas of New Orleans. 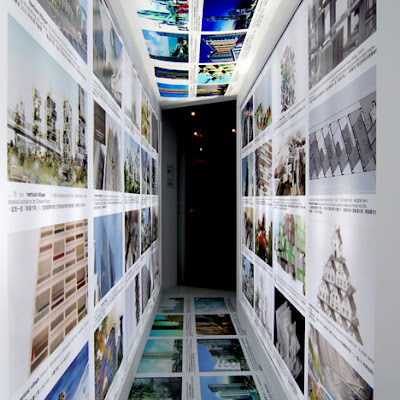 Current projects include various housing projects in the Netherlands, Spain, China, France, the United Kingdom, USA, India, Korea and other countries, a bank headquarter in Oslo, Norway, a public library for Spijkenisse , Netherlands, a central market hall for Rotterdam, a culture plaza in Nanjing, China, large scale urban plans include a plan for an eco-city in Logroño, Spain, an urban vision for the doubling in size of Almere, Netherlands and Grand Paris, the vision of a post-Kyoto Greater Paris region.
The work of MVRDV is exhibited and published world wide and receives international awards. The 60 architects, designers and staff members conceive projects in a multi-disciplinary collaborative design process and apply highest technological and sustainable standards.
Together with Delft University of Technology MVRDV runs The Why Factory, an independent think tank and research institute providing argument for architecture and urbanism by envisioning the city of the future.
MVRDV was set up in Rotterdam (the Netherlands) in 1993 by Winy Maas, Jacob van Rijs and Nathalie de Vries. MVRDV engages globally in providing solutions to contemporary architectural and urban issues. A research based and highly collaborative design method engages experts from all fields, clients and stakeholders in the creative process. The results are exemplary and outspoken buildings, urban plans, studies and objects, which enable our cities and landscapes to develop towards a better future. 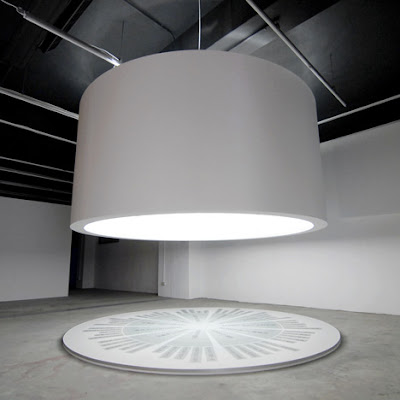 Early projects such as the headquarters for the Dutch Public Broadcaster VPRO and housing for elderly WoZoCo in Amsterdam lead to international acclaim.
The Why Factory is a global think-tank and research institute, run by MVRDV and Delft University of Technology and led by professor Winy Maas. The Why Factory’s Future Cities research program explores possibilities for the development of our cities by focussing on the production of models and visualizations for cities of the future. The results of this research programme are being presented in a series of books – the Future Cities Series – published in association with NAI Publishers in Rotterdam, edited by Jennifer Sigler, and designed by Bas de Wolff of Thonik / Beng! in Amsterdam. The Vertical Village is the fourth publication in this series after Visionary Cities (2009), The Green Dream (2010) and The Why Factor(y) & The Future City (2010).
The JUT Foundation for Arts and Architecture was formed in 2007. Its intent is to use diverse architectural, artistic and cultural perspectives to create better living spaces. Its outreach extends from small minority areas to larger communal ones, for the purpose of establishing ideal built environments. 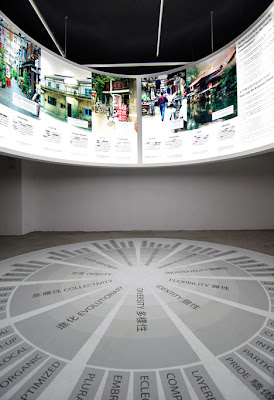 By using knowledge and resources from the field of architecture, and integrating multifaceted views from architects, designers, artists and cultural workers, the foundation is devoted to raising awareness about the concerns and developments of city environments, and to the empowerment of the artistic and creative industries. Events such as exhibitions, competitions, seminars and publications build vivid relationships between art and city dwellers, provoking ideas on living aesthetics and nourishing local art and culture. Through architecture-based projects, JUT has created a stage for artistic movements.
Since its founding, the JUT Foundation has organized activities such the ‘Museum of Tomorrow’ exhibition series and international architecture forums and lectures. In 2009, the foundation began to display animations, movies and installations, in order to seek new perspectives on architecture in Taiwan (Alternative Architecture). The year 2010 marked the launch of ‘Project Urbancore’, a project that places art in unused spaces, providing local artistic perspectives and a source of energy for urban regeneration. 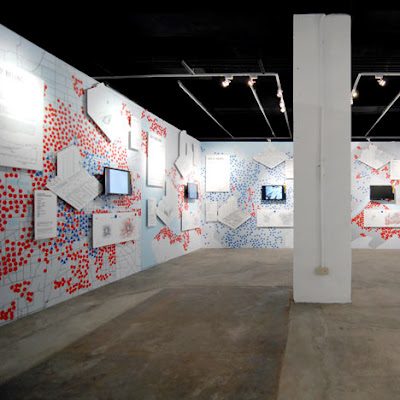 The Museum of Tomorrow project began in 2007 as an engagement with unused land or buildings that lay idle, at a time of transition from old to new. What will be the most ideal plot in the future? The JUT Foundation sees the ‘Museum of Tomorrow’ as a stage to practice ideas for future city aesthetics. The concept ‘nomad museum’ reflects the rapidly changing character of the city, using the city as its stage. Observations and interpretations are given by experts from different fields – from art and architecture to design – to help city dwellers understand different contexts, and to extend the spirit of place.
The ‘Museum of Tomorrow’ has an inherent difference from traditional museums and art museums. It is a ‘formless’ stage that uses no fixed time, location or definition. Performance activities with different scales and themes happen in every corner of the city, bringing about interpretation between people and environment, new and old, tradition and future, private and public. The museum has various kinds of exhibitions in accordance with nomad sites in the city, with organic performances of architecture, art and culture, combining the virtual and the tangible, the active and the static, the two-dimensional and the three-dimensional. The Museum of Tomorrow creates a variety of possible impulses that allow us to imagine tomorrow today. Beyond these variations, the museum aims to create the purest spirit for our time. There is always a better tomorrow. 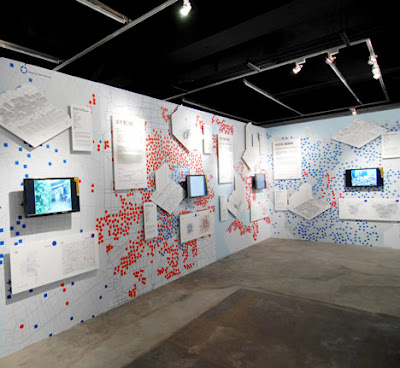 via : http://www.dezeen.com/2011/10/08/vertical-village-exhibition-by-mvrdv-and-the-why-factory/
Posted by extravaganza at 2:00 AM

Email ThisBlogThis!Share to TwitterShare to FacebookShare to Pinterest
Labels: Vertical Village exhibition by MVRDV and The Why Factory