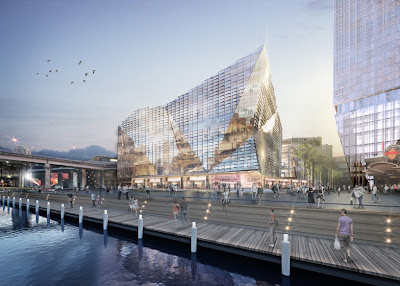 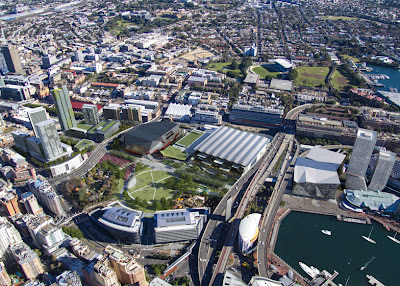 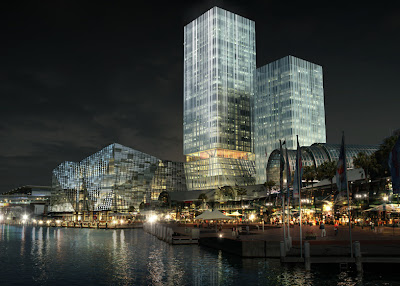 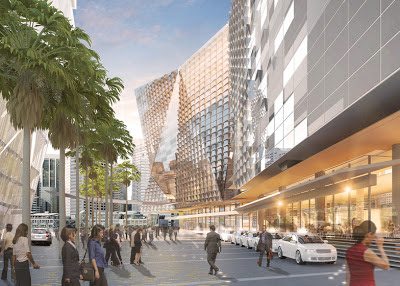 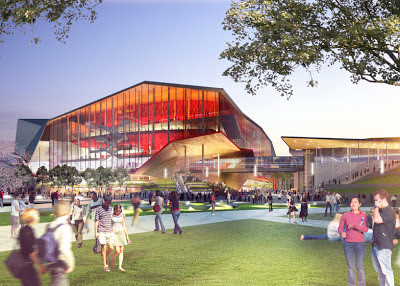 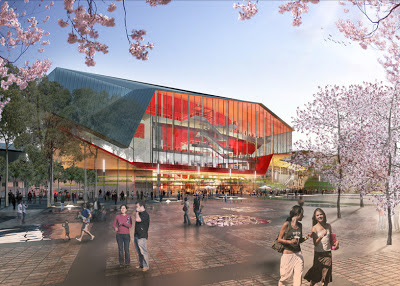 “This project will redefine Sydney as a global city and create one of the world’s great meeting and entertainment destinations,” commented Destination Sydney’s chief executive Malcolm Macintyre. “Not only will it become a beacon for international visitors for conventions and events but will also build on the appeal of the Darling Harbour area for Sydney-siders creating an entertainment hub that promises to reconnect and re-energise the city.”
A phased redevelopment will see the existing Sydney Convention & Exhibition Centre close in December 2013, while the current Sydney Entertainment Centre will remain open until December 2015. Construction is set to complete in late 2016.
Posted by gonzo_tomato at 6:44 AM No comments: 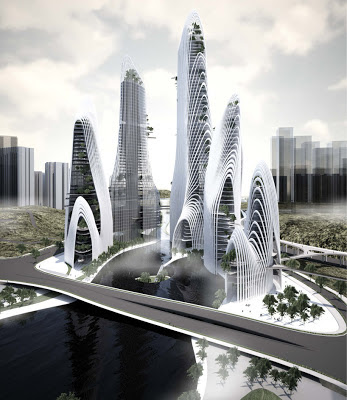 this is one of our latest projects; located in guiyang. it again has mountains, water, though artificially made, but giving people a feeling of a layered environment.
it is a new town, a new CBD, with new high-rises, even new twin towers, for the client likes the twin towers in kuala lumpur, so he has to have it.

we think this kind of CBD has nothing to do with humanity, it has no public space for people, without bridges, platforms or waters, without spaces people can see each other and can gather around. my idea is to insert communication spots based on the landscape and weave together these individual parts, architecture and nature in this large-scale mixed-use building. whatever it is, people hesitate to adopt this networking system in the large buildings, they hate large buildings, for they think this kind of buildings are not humane and represent only some authorities, but in terms of sharing, openness and density, the city is the better choice and high-density is unavoidable,
it is here that my thinking brings us to this idea of the 'shan-shui city'.'  - ma yansong 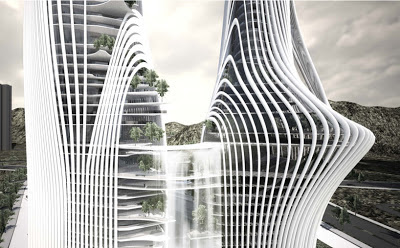 'it actually is a concept that developed in the early 1990s when china just started the modernization trend, just started to build those boxed buildings I showed.

at that time there was someone pointing out why not restore the old-town spirit, and put on visually traditional elements into the design,
as a reaction to that the original idea of 'shan-shui city' came from dr. qian xuesen (a famous chinese scientist from the last century)
which aroused discussions among the architecture field. the idea is simple actually; it is asking will our city be just like this, like boxes spreading all over?
will they be another chicago? of course he suggested to learn from cities like hangzhou and beijing. so I think in the future if nature and human can,
on a spiritual level, go hand in hand…
beijing is beautiful not just because of the trees, she has views, like jingshan, beihai; a garden can be culture asset because it embeds spiritual elements in it.
since we can have small-scaled objects involving emotional elements, from a plant to a city, why cannot the larger-scaled? the dense cites?
this is the key problem today.'- ma yansong 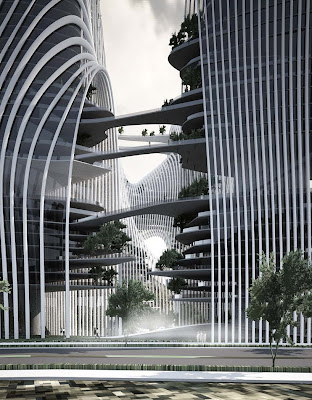 Posted by gonzo_tomato at 6:35 AM No comments: