Laboratory for Visionary Architecture (LAVA) have won a competition to design the urban centre of Masdar, a zero-carbon, zero-waste city , world’s first sustainable city to be built in the desert near Abu Dhabi

The centre will feature giant moveable sunshades based on sunflowers (above) that shade a public piazza, plus hotels, retail and leisure facilities.

Masdar, which will cover 6 million square metres when complete, is based on the urban layout of ancient walled cities and aims to provide a blueprint for sustainable urban development. 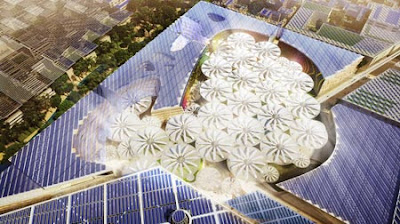 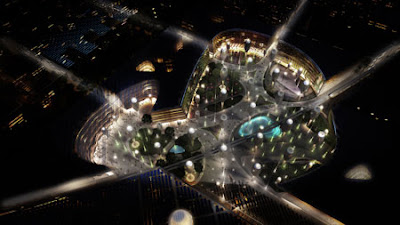 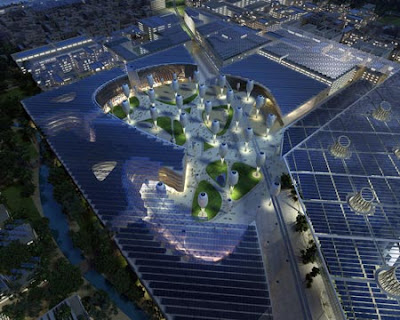 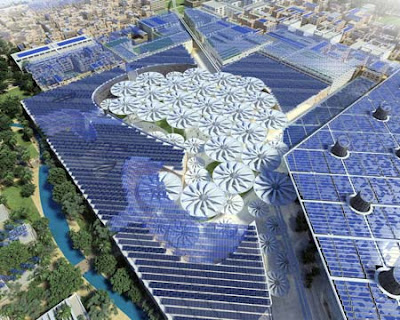 The ‘sunflower umbrellas’ are one aspect of the winning design by the international practice Laboratory for Visionary Architecture [LAVA] for the city centre for Masdar in the UAE – the world’s first zero carbon, zero waste city powered entirely by renewable energy sources.

Masdar is a planned city located 17 kilometres from Abu Dhabi. A government initiative, the city is being constructed over seven phases and is due to be completed by 2016.

LAVA won the design in an international competition against several hundred entries and strong competition from some of the world’s most high profile architects.

LAVA was founded in 2007 by Chris Bosse, Tobias Wallisser and Alexander Rieck and has offices in Sydney, Stuttgart and Abu Dhabi.

Chris Bosse said: ‘Masdar City is the world’s most prestigious project focusing on sustainable energy design. It is the city of the future and a global benchmark for sustainable urban development. We believe in the Masdar slogan “One day all cities will be like this”’.

The solar powered ‘sunflower’ umbrellas capture the sun’s rays during the day, fold at night releasing the stored heat, and open again the next day. They follow the projection of the sun to provide continuous shade during the day.

Mr. Bosse said: ‘the sunflower principle is eco-friendly and can be adapted to anywhere in the world – it opens opportunities for outside living, even in the desert’.

Mr Rieck added: ‘The entire city is car-free with a magnetic public transport system includes individual pods that drive you to your destination using solar power’. 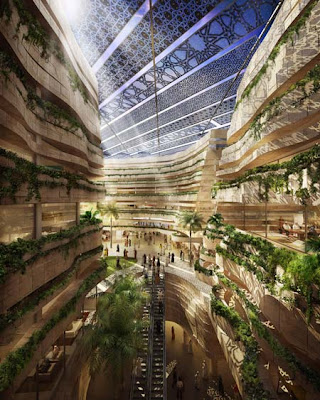 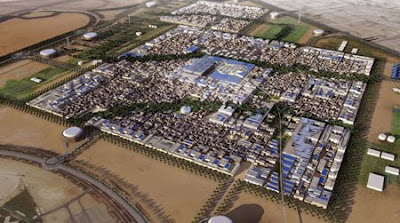 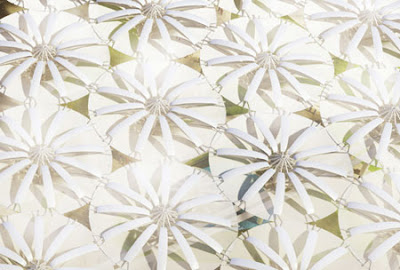 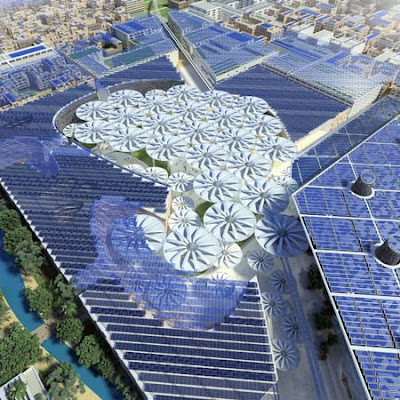