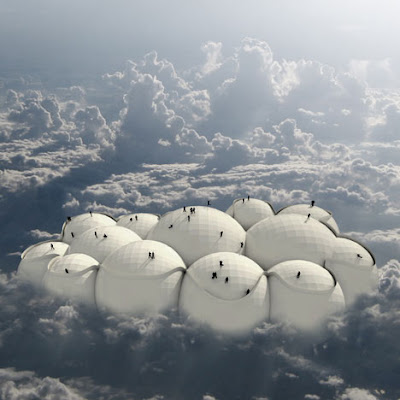 Ini adalah proposal desain alat transportasi baru karya Tiago Barros, dari ide tentang awan (cloud) yang melayang diudara tanpa sebuah track dan perhentian seluruhnya dikendalikan oleh angin.
If you’re not worried about where you go or how fast you get there, this enormous inflatable cloud is the mode of transport for you. Predominant winds would determine the routes and speed of the hovering cloud, which would move from place to place without any fixed destinations. 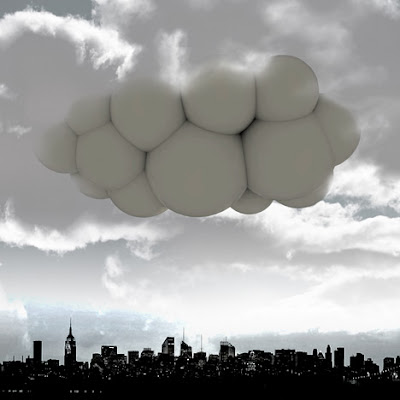 Passengers would board the cloud using ladders and would simply sit on the surface during travel. 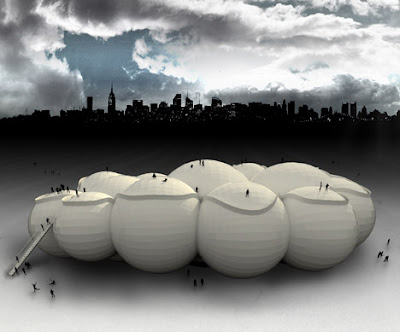 Inside the nylon-covered balloon, a steel skeleton like that of a zeppelin airship would support the object’s structure. 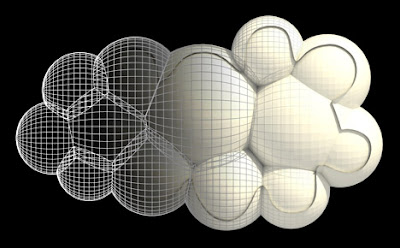 New York architect Tiago Barros proposed the design for a transport network of floating clouds in the sky to the Van Alen Institute and the Department of Cultural Affairs of New York City, who were expecting competition entries for a high-speed rail network.

Here’s some more from the architect:
Passing Cloud
Passing Cloud is a recently submitted project for the international ideas competition: Life at the Speed of Rail, organised by the Van Alen Institute and partly funded by the Department of Cultural Affairs of New York City.
Although it wasn’t one of the winning proposals, Passing Cloud reveals a strong conceptual approach that is worth noting: It is a new vision on traveling, based on the old Zeppelins.
Nowadays, traveling is achieved with this idea of having a fixed destination and an estimated time of arrival. Passing Cloud completely inverts this system. A floating device is introduced that travels around the entire USA territory according to current predominant winds. It has no fixed time of arrival or place for arrival. The journey becomes the essence. Imagine traveling at wind speeds in a totally sustainable object that leaves no Human trace behind.
This project envisions a distinct approach towards moving around the United States being also a revival of the act of traveling. Why traveling at high speed? Why having the final destiny always defined? And why always departing and arriving on a tight schedule? Nowadays, everything is set and everyone is always running around. It is time to reconsider the act of traveling and start enjoying it accordingly.
The Passing Cloud is an innovative and environmentally friendly method of transportation that doesn’t require expensive steel tracks or concrete highways. It is made of a series of spherical balloons that form the shape of a cloud. Its inner stainless steel structure is covered with heavy weight tensile nylon fabric. During the journey, It moves according to prevailing winds speed and direction at the time of travel. Since it moves with the wind, no wind is ever felt during the trip, offering the passengers a full “floating sensation”.
It’s an unique journey. The feeling of floating in the atmosphere – on top of a cloud – with an open schedule and unknown final destiny. All National Ground would be potentially covered at virtually no cost and the help of the wind. The journey becomes your destiny.
Project data:
Organiser: Van Alen Institute
Competition: June 2011
Design Team: Tiago Barros
Location: USA