Urban design as essentially an ethical endeavour inspired by the vision of architecture and public art. Every City or urban region whatever its in hereinto natural characteristics  of site and terrain and man-made problems has a potential which tems from its own natural form, sense of place, sense of history, spirit and ethos. In this case Jong No office building is a challenge both for organising the program and building itself in response to the existing environment. 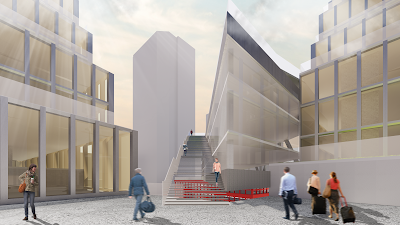 Imageability in a city like Jong No may be said to be both  a perceptual concept and physical or visual entity it is the interpretation of various layers of a city's images-its form, profile and experiences over a period of time.Imageability refers to probability that an environment will evoke as strong image from observers, imageability on this area is probably the single most important factor in the identity of a place, so that way we tried to understand the cityscape, the materiality of surrounding building. So that’s way how to build a dialogue between old building and new architecture, to become a new public space. 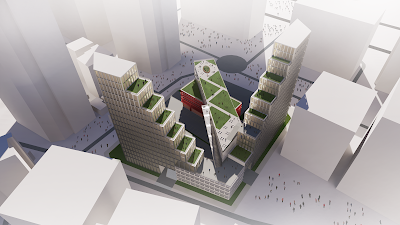 We proposed to bring the nature on top of the building as catalyst of the office around it and at the same time as a new related theme with seoullo sky garden To make it government building also as public space. 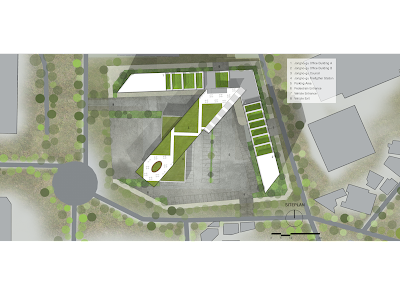 In Townscape brought for the relationship between building and external space in the urban context. We stressedon the subjective values in relationship of elements vis a vis the observer superimposing our concept of urban design strategy with  acknowledging ground realities of socio-cultural patterns and imaginary form of several facades and building surrounded the site. Copper looks glass as the answer to the surrounding environment, this also inclusively with cladding that made the traditional pattern looks new again, and as the responsive aspect from surrounding towers. We made a special bridge structure to show the mixture and the spirit of contemporary city.

LINKAGE as the urban development strategy. The building mass is tilted and angled based on certain direction to link the surroundings with the government office site. 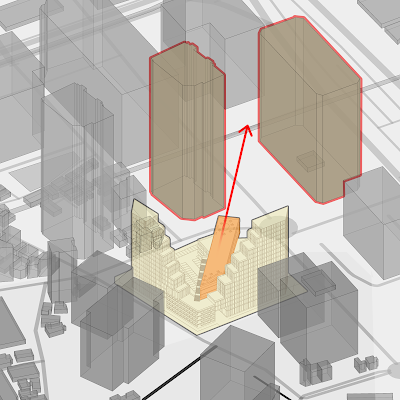 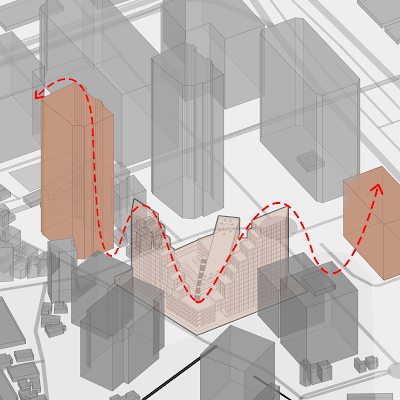 We manage to raise the south facing building mass to match with the skyline. Stepping mass also applied by lowering the mass portion on the centre side (the preserved building). It is also done in order to capture the Changdeokgung Palace and the city view from above. 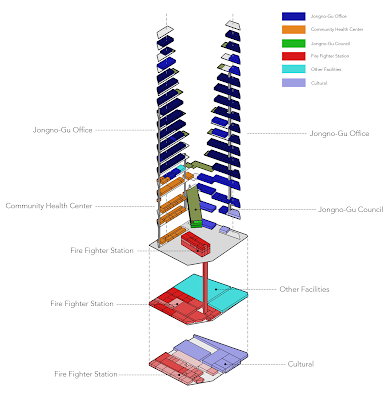 A diagonally tilted building mass is designed facing the Yi Sun Shin Admiral Statue on the south west side, and Changyeonggung Palace on the north east side. The building mass is also tilted based on the surrounding buildings position, so it would not block the view.

RESPECT TO THE PALACE

Gyeongbokgung Palace as the main royal palace of Joseon dynasty served as historical and one of the most important building that we should respect. It is located on the north west side of our site. 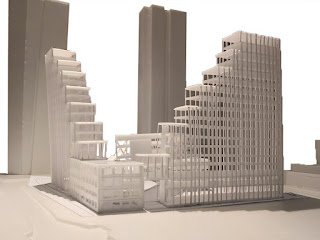 Architecturally, we respect it by cutting the building mass’ edge, so it is directly facing to the palace. Therefore, people inside the office building can directly enjoying Gyeongbokgung Palace beautiful view. People from outside (especially from Gwanghwamun Square) can also notice the office building. 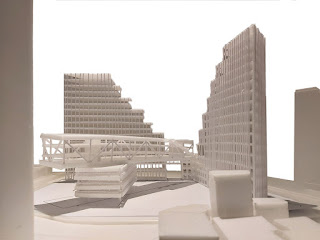 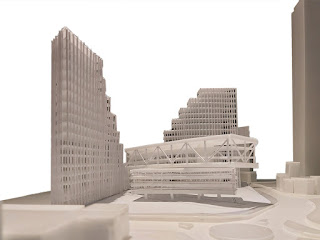 The façade is designed in a square shape, similar to the preserved and surroundings building façade. It create such a harmonize and non-alien façade language.

\Firefighter area as one of the community main function also served as the city’s heart. The city would not be able to operate well & safely without firefighter. We translate it architecturally by placing the fire fighter on the centre of the site, with red colour façade and its connected to the main road.

In the middle floor, there is a building that extends to the front. That building is the council centre. It is the office for any council official activity, such as court.

Finally, the rest of the floor is the government official office. The more it goes up, it will become more private. Since we divide it according to the government sector that we think has the most important to not be disturbed / privately.

We make the circulation on the building horizontally and vertically. This is because the site of the building is located near main street and there is a roundabout near the building. With this way, the user can easily to come in and come out the building. This, also to prevent the traffic in the building area.