AA house in the New Indonesian House by Robert Powell 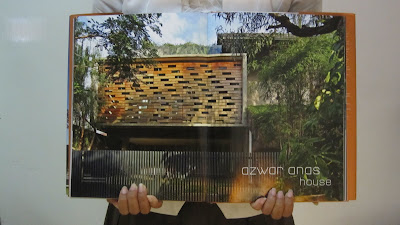 Pradono describes his practice as “a research-based architectural firm that engages with changing lifestyle in the twenty-first century”.

At the time of the author’s visit, Pradono had just returned from “Open City : Designing Coexistence”, an International Architecture Biennale Organized by the Netherlands Architecture Institute (NAI), Where he had exhibited his research on the relationship between the gated settlement and the kampong and had examined the shift from culture of “the street” to on of “the car and the mall”. The architect in interested in ways of overcoming the inequalities in society and designing for coexistence by creating metaphorical “holes” in the walls surrounding gated settlements. 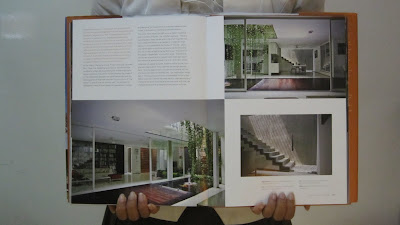 Explaining the design process, Pradono refers to the “Programatic negotiation” necessary in the program

became the fundamental factor in the design evolution.

Conflict between various requirements and interests had to be resolved and this was done with the use of glass sliding doors to separate funcitions or unify the space.

The sliding glass screens and solid walls are arranged around a central void that acts as a mediator.

The void separates various space programs, yet permits them to be combined.

The combinet space can be used for family gatherings or communal prayers.

The form and the façade treatment are the outcome of the programmatic fragmentation. 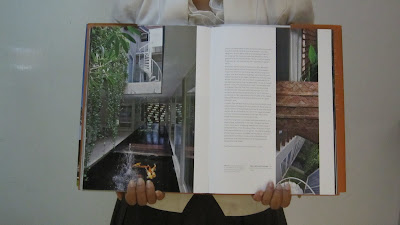 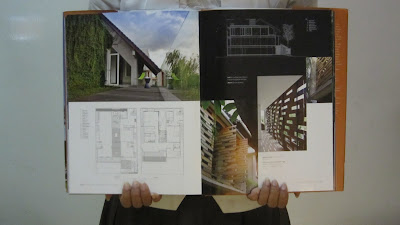 A timber-floored deck leads to the central void.

Which has a reflection pool flanked by the living area, dining area and the dry kitchen.

Conventional, the driver’s room, maidspace and kitchen are located at the rear of the house, accessed by the one-meter-wide staircase on the right flank of the house that bypasses the reception rooms.

From the living room, a concealed staircase ascends to the second floor,

where some of the high-ceilinged bedrooms revive memories of a kampong dwelling with mattresses on raised platforms. From the second floor, a narrow circular stairscase extends up to a roof garden.

The plan and section of the house create an incredibly well-lit interior,

with very good natural ventilation, but one that is simultaneously private and gives little indication of its openness when viewed from the street. 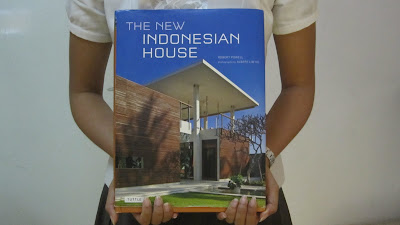 by Tuttle Publishing available at Periplus