why competition on architecture is important ? Inspireli awards in CTU Czech Republic

I thank you for giving me the opportunity to speak in this international forum. I remembered that I visited CTU university in Prague almost every year for 4 consecutive years, except during the pandemic in 2020; I really enjoyed not only the hospitality of the university, but also the lectures and the students.  All of them demonstrated great spirit but also the appreciation of different cultures from Africa, the USA, Europe and also from middle eastern countries. I believe CTU in prague became an important university, bringing the international scholar to meet but also to celebrate the awarding ceremony and the workshop with the enthusiasm from students. But the most important thing was that the representative students from around the world could come together discuss the several aspects of the competition. The exchange of knowledge between us have been the greatest thing. 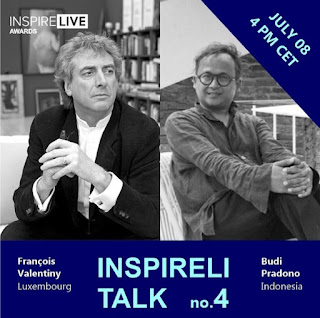 Personally, I believe the architectural competition at the Inspireli Award provides a forum for architectural students to actually dare to submit their work or student work on campus in order to get a more global review.

I feel that Karel's idea to create an international competition like Inspireli, shares the same ideals as the founder of Facebook. For example, when Mark Zuckerberg was a student at Harvard, he never thought that he would be this rich. He thought that the one major aspect to change the world would be how to socially relate to other people without limitations of space or geographical boundaries, so his idea was very noble for everyone – but we see that many try to clone or imitate his idea, yet his vision is to make himself rich and famous, even though Mark thought it was the result. Maybe Karel thought the same way about how to make an architectural competition for students with free registration and then look for the best jury from all over the world. This is an amazing job, I'm sure in the next five years Karel will be blown away by his network and passion from all over the world. I really appreciate working with you Karel. 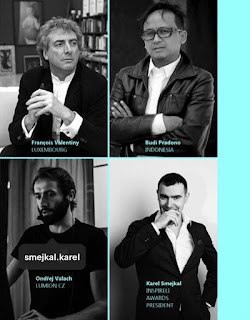 The most difficult thing is actually the jury which consists of prominent architects from various countries who will determine the criteria and choose or give a score to the works of these students; the easiest is how they will prepare the killing picture as one of the imaginary images to attract jury.

The second is context and how they respond to that context. The third is how students can try to present a new typology in their work. The fourth is the design method, which involves how they can propose a design method in order to produce a new work and obviously includes the complexity of the analysis.

For a jury like us, we actually learn a lot from students with brilliant and extravagant ideas, who are able to offer comprehensive architectural and urban design proposals but also dare to attempt using various design strategies and new design methods, which is even supported by the latest technology.

So it's no longer important for students to use the latest parametric technology or use deluzian theory of abstract machine, but all of them neglected the climate, context, or social aspects of the project. The sustainable aspect of the material or system of building must be directly implemented in the project, so this aspect must always exist on every single project.

I am personally very interested in phenomenology, it’s an important aspect of philosophy. Historically we have experienced several phases after modernism, for example globalization, just like rem koolhaas theory of programming and density. But at this moment in time, we are facing new era in which the density on urbanism is no longer valid, and we have to face social distancing which is the new normal in which low density would be the right thing. The gated communities in several Asian countries has been developed since 1980-ies now it seems like the right thing also since they really take care of the gate and it has its own restriction. This is a new normal of new voluntary prisoners to do the right things. And I think the communism aspect is getting stronger and capitalism is becoming weak. We can see that all countries who have their own military education such as Singapore, South Korea, Switzerland all of them have easily survived to control the people and at the same time more capable of controlling the COVID-19 pandemic. Nowadays, we see that all of metropolis like New York, Paris, London, Rome all of them have been left behind by young people for cleaner, greener villages… it seems like the work from home trend can be extended and gain a good standing in society.

In the context of work from home, actually students are in the adaptation period where they have to adapt to a completely new learning system and method. In fact, the aspect of creativity can be grown from pressure or because of the encouragement of friends and the environment. I hope that in the future, the collaboration model of teamwork between students is no longer limited to their friends from the same campus – but beyond the definition of their own university fortress they can work beyond their own boundaries, collaborating between different universities with multi-cultures and multi-languages beyond geographical boundaries . So, I think we could learn from the disease that when we get pressure from the government not to do this or that, I think our own adrenaline of creativity has started to grow very well.

In a professional context, in Indonesia, we are struggling to get the architectural Competition under government organized, since they are not mature enough to make a very comprehensive brief but at the same time lack of vision. So almost all public buildings or government buildings are not well and systematically competed, due to a lack of training. My own office (BPA) always tries to participate in international projects, not to win necessarily, but to increase flight hours and at the same time, I hope that the system can be built and slowly grow into maturity to become more advanced. Perhaps this is a reflection of a third world country with a strong and nepotistic climate, with low competition.